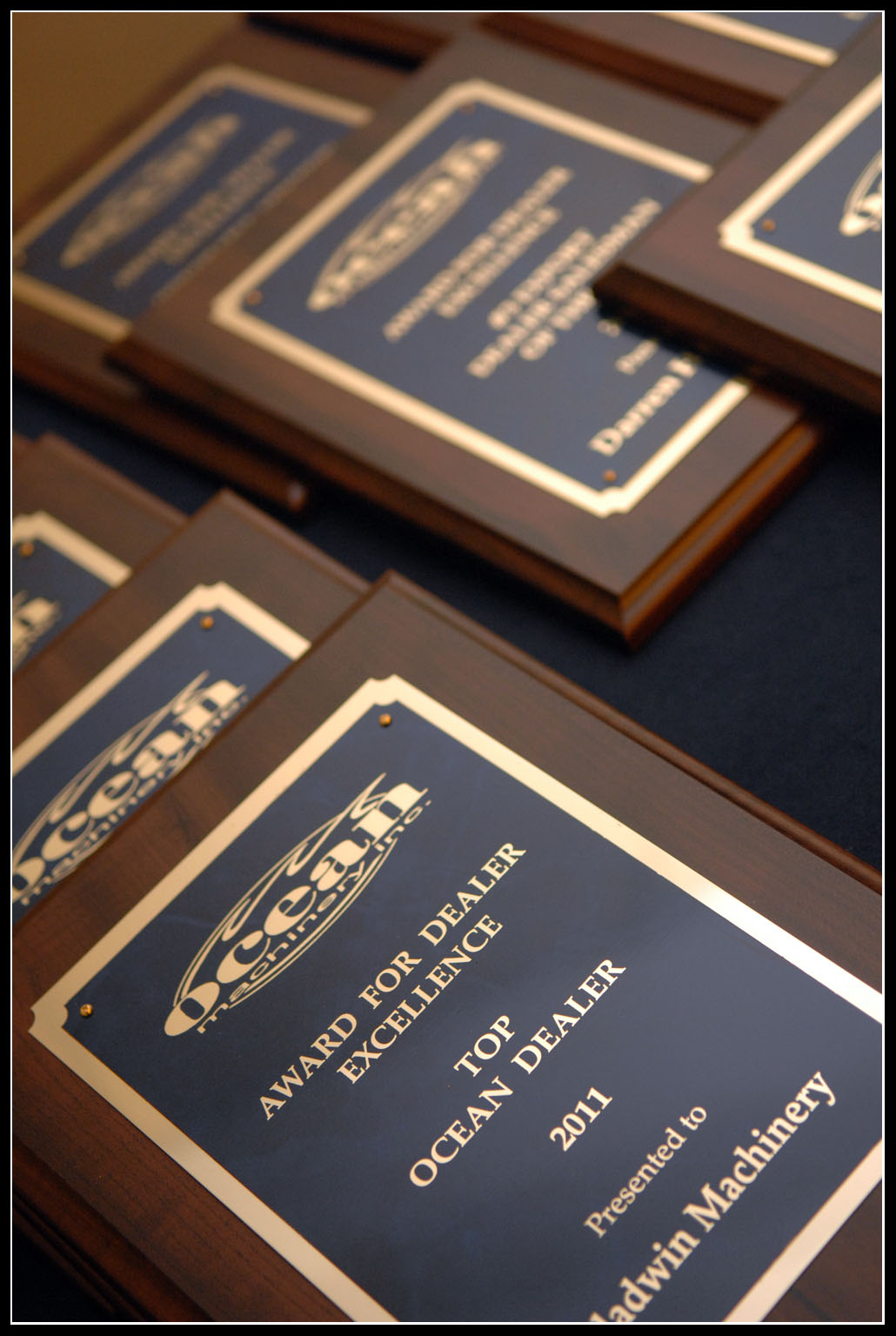 Awards were presented to:

Gladwin Machinery was Ocean’s Top North American Dealer for 2011. This was the first time that Gladwin stood at the top of the podium and all of us at Ocean extend a hearty congratulations for a fine achievement. Below, David Hintze accepts the award on behalf of Gladwin Machinery.

Mojimak, one of Ocean’s newest dealers was the top performing Export Dealer. Ocean is thrilled with Mojimak’s performance and wishes them all success in 2012. Below Reinaldo Perrin accepts the award on behalf of Mojimak.

Headland Machinery was a very close 3rd in the export category, losing out to Skok Machine Tool by a few hundred dollars. Below, Darren Harmsworth accepts the award on behalf of Headland Machinery.

Unfortunately Amistar could not be present to accept their Honorable Mention award in teh Export Dealer Category. Here Jeff Sobel, Ocean Machinery’s man in Brazil, accepts the award on behalf of Amistar.

The second set of awards were presented to the top individual sales people for 2011, North American and Export.

Congrats to Earle Mabe for making the top spot again. Earle has been a perennial top performer and won the coveted King of Avenger Salesmen award in 2006.  So happy to see you at the top Earle, we have big expectations for 2012.

Another regular on the podium is Tom Doyle, and we all know he was disappointed to not take the top step of the podium. Tom has sold more of Ocean’s product line than any other individual.

Scott Barker of Southland stood on the podium for the first time and Ocean congratulates him on a fine achievement.

Fernando Franca was the top Export Ocean Sales Individual for 2011 as well as the top selling dealer for the entire dealer group. What an incredible achievement in his first year representing Ocean Machinery.

Ray Chellew, always one of Ocean’s top performers stood on the 2nd step of the podium again in 2011. We all know Ray wants that top step badly!

Darren Harmsworth finshed the year in a very close 3rd place in the export sales person category. We have high hopes fro Darren moving up the individual rankings.

Oceans Award Winners for 2011 pose for a photo opportunity.