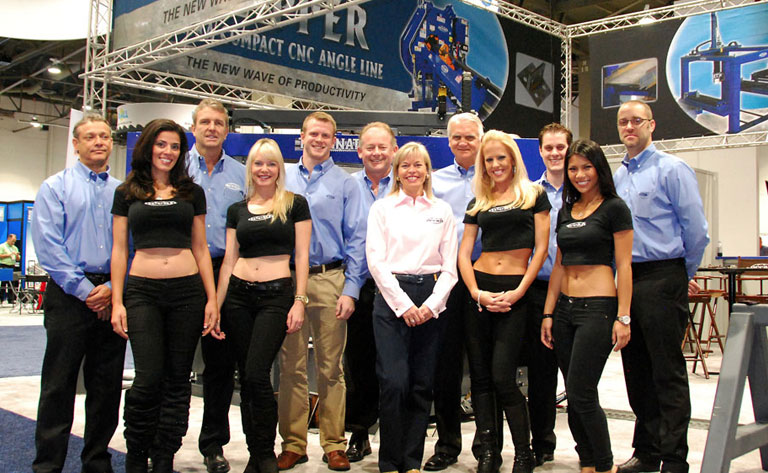 The star of the show was the New Ocean Avenger PLUS model, developed in conjunction with its partner Peddinghaus. The Avenger PLUS has all the features of the original Avenger, plus a lot more! 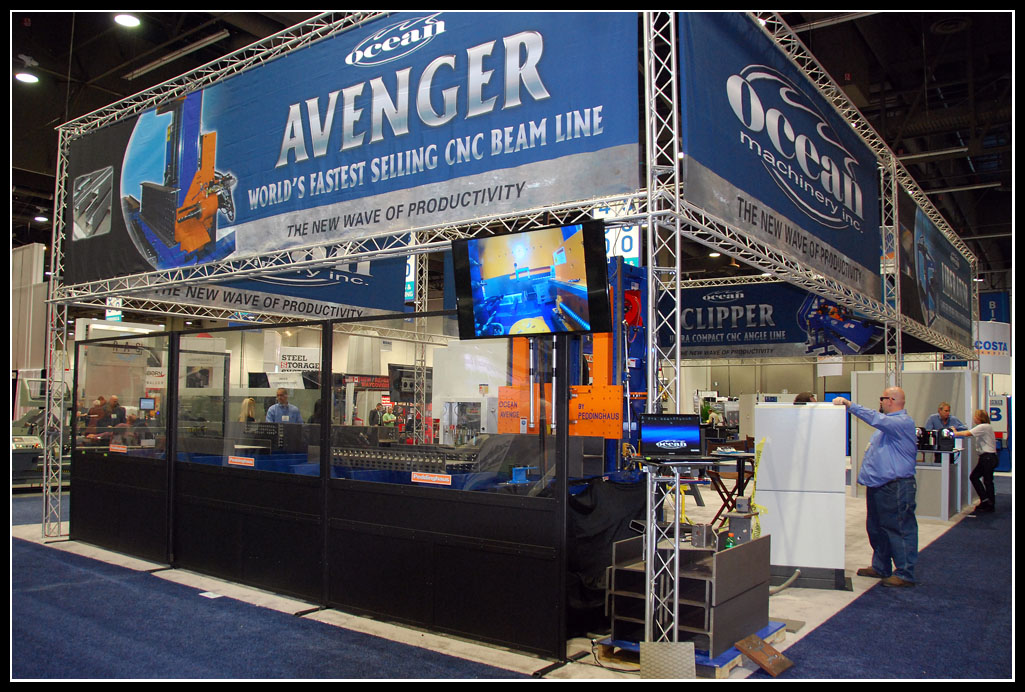 Intended specifically for the high end OEM and job shop fabricators, featuring an 8-position tool changer and 25HP 2,250 RPM servo spindle, this new machine not only capable of drilling with carbide tooling, but is also able to slot, mill, countersink, thread,  and do just about anything you can imagine with a drilling line. 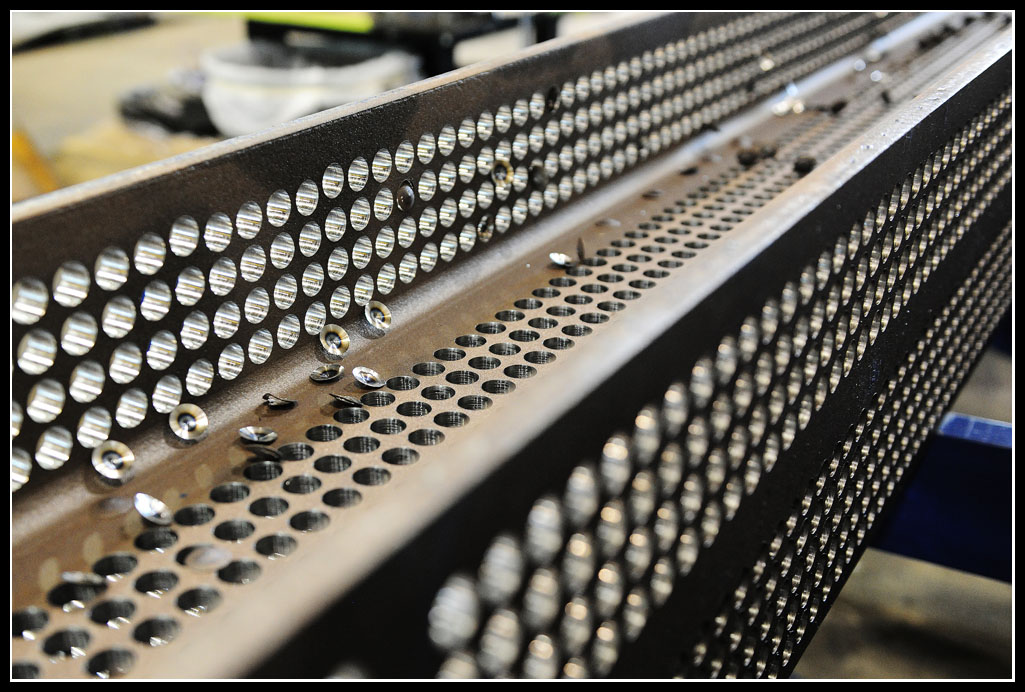 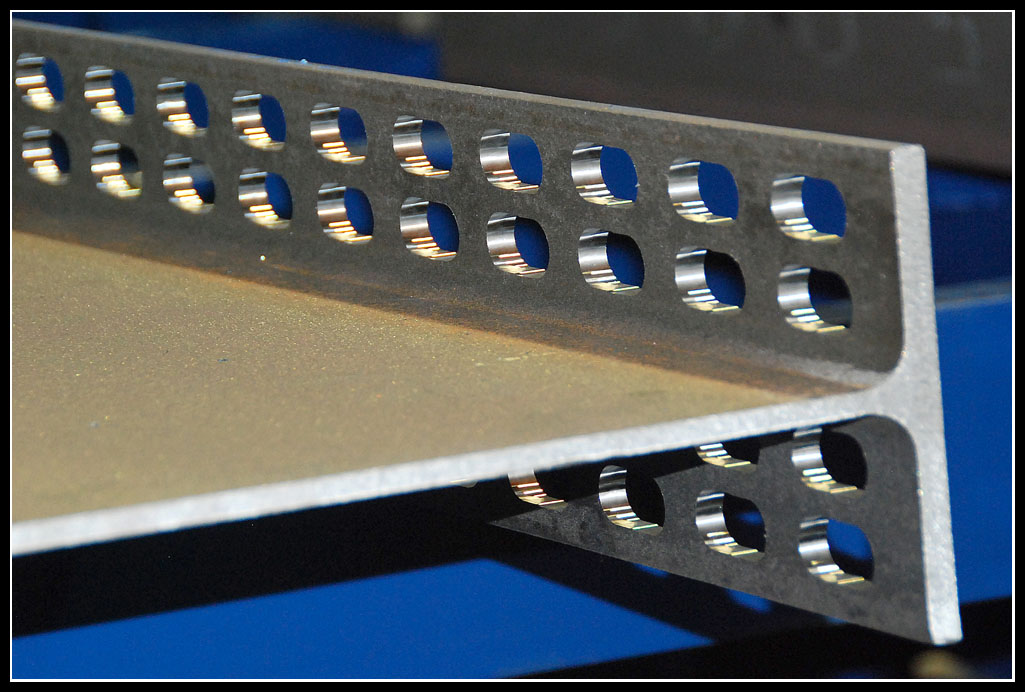 Ocean also exhibited the brand new Ocean Terminator DCM 1825 Dual Column Double Mitering Band Saw built for them by their sawing partner MEP/Hyd-Mech. this semi-automatic saw was a big hit at the show, and is the obvious choice for strucutral and general fabricators wanting a highly efficient saw at a reasonable price. The Terminator DCM 18-25 also miters to 60 degrees in both directions and features pop-up lift rollers to allow fast mitering angle changes without moving the beam during the mitering process. 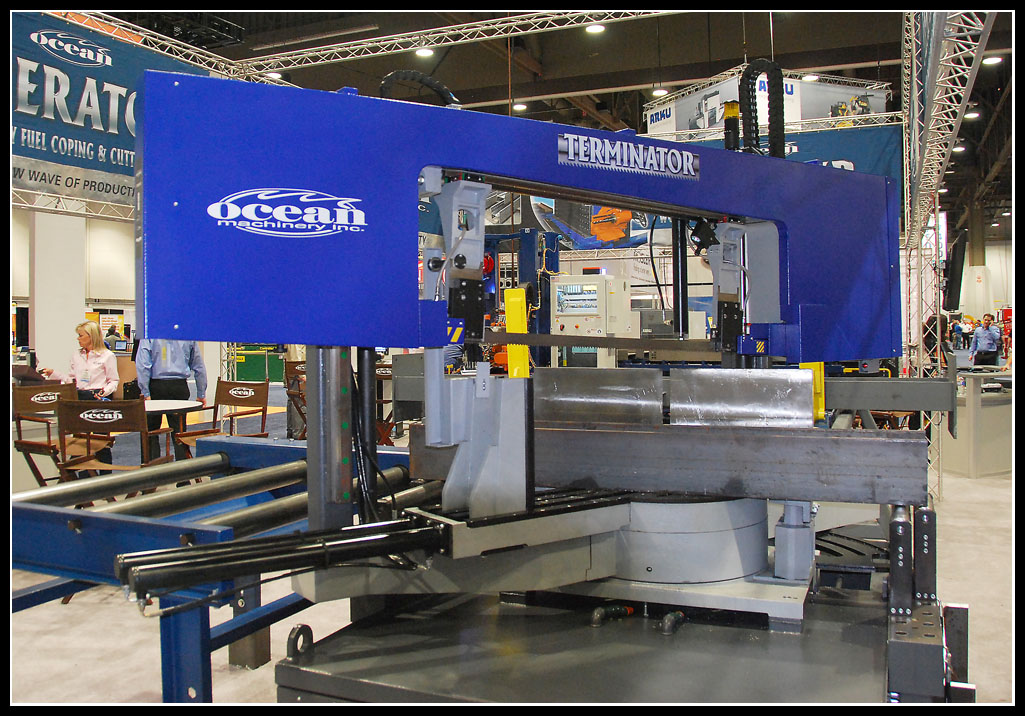 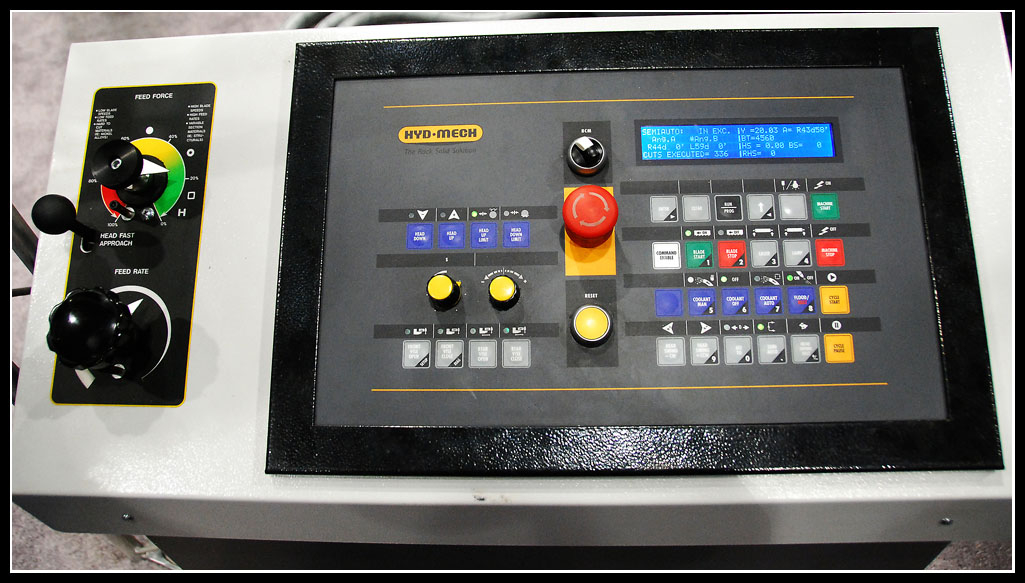 Of course Ocean’s participation at a trade show is never complete without the wonderful Oceanettes! 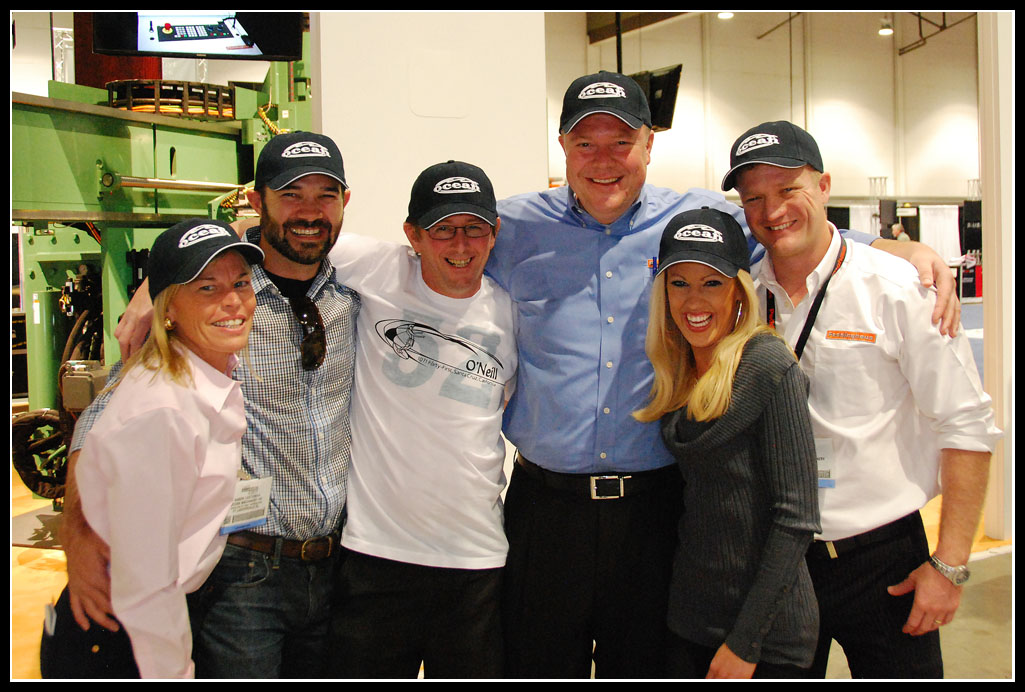 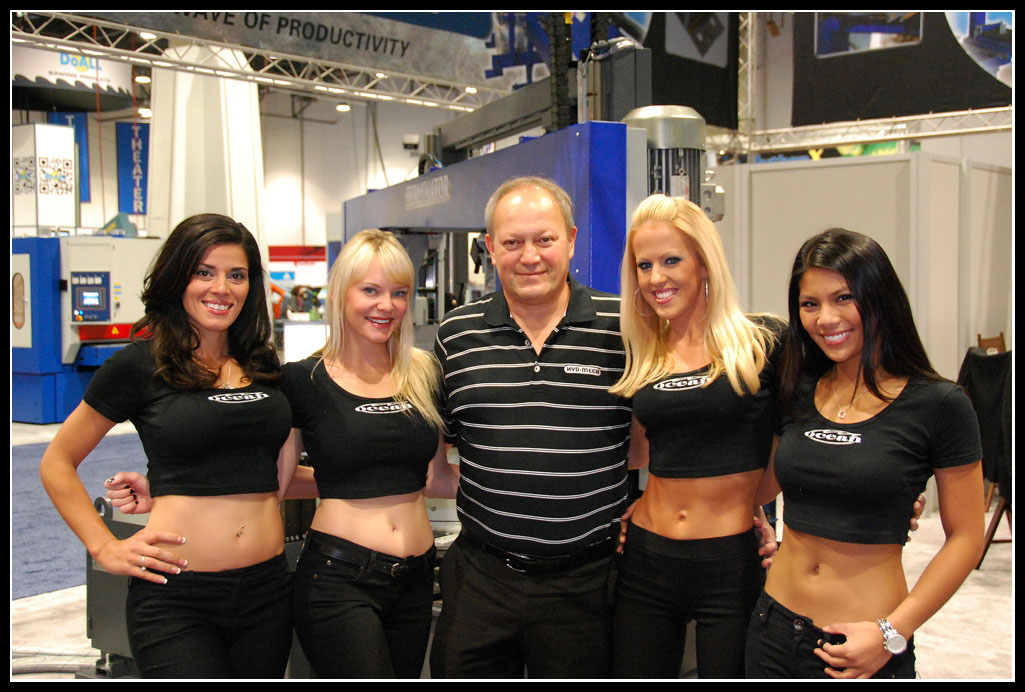 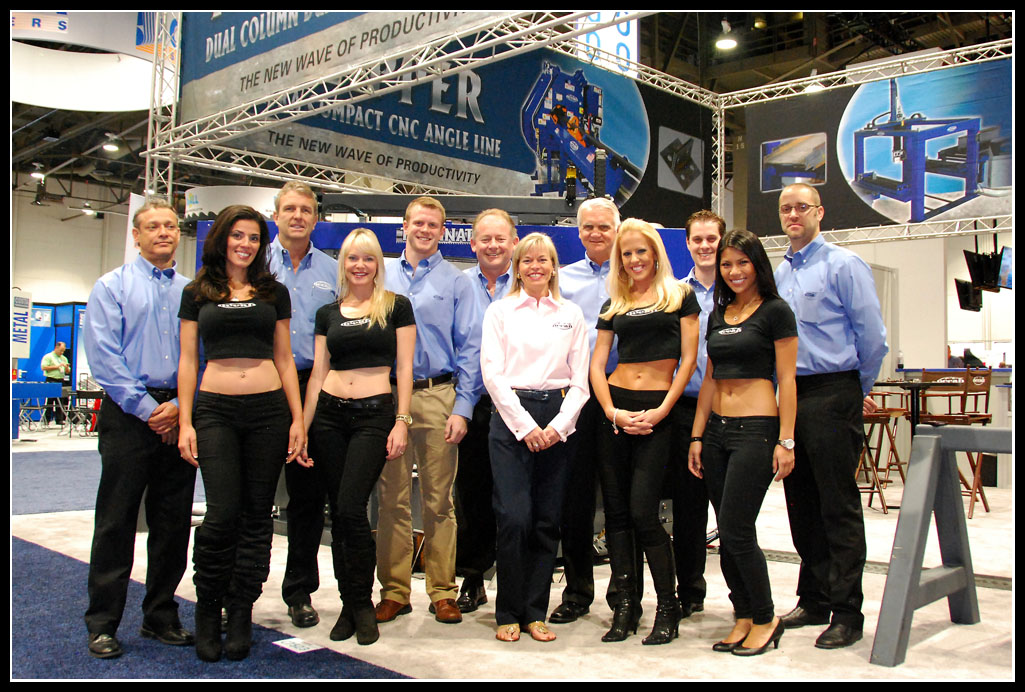